In younger days, mates called me ‘E’ – and still do.

I smiled recently when reading about a ‘We’.

As in ‘We will sell your property for a gazillion dollars in four seconds after listing!’

Because as I’ve often said – my unique selling point is I’m not a We.

‘There’s a lot of learning between ‘It fell’, and ‘I dropped it.’

When you invite me to sell your property – it’s you and E.

When I negotiate price – it’s buyer and E.

Your buck stops with E.

Click or call and let E sell your storey.

Better than a Nobel Prize

Daniel Kahneman won the Nobel Prize in Economics for his work on decision-making.

When asked if he was better than the average person at avoiding bias he answered:

He suggested we look through somebody else’s eyes.

You’re confident your property is worth $3.7 million.

You’re emotionally invested in that number.

You can list ‘reasons’ (the sale price two doors down, your brother-in-law sold for $3.5M and yours has better views, the pundit on the radio …).

I don’t have a Nobel Prize – but do have Fresh Eyes.

And two decades of selling in your area.

Click or call and let me appraise your storey.

A Girl, Courage, Brains, and a Heart on a perilous Journey to the Emerald City.

Only to discover their Quest was –

A feeble old man hiding behind curtains and pulling levers.

Their answers were always within.

I spent years seeking the wisdom of wizards.

Last weekend I sat and watched my youngest dance.

The wizards and witches fell silent.

As the poet wrote – our exploring takes us back to where we began – and we know it for the first time.

Click or call when you want me fully present.

We’ve all moaned about the passengers in any group we belong to.

Colleagues at work. Volunteers at your club, church, or school.

Price’s law says that 50% of work is done by the square root of the total number of people who participate in the work.

Six tradies turn up to your reno…

Ask the next salesperson chasing your business:

‘I’ll pay the Price for the Price half of your Team.’

Tell us how you go.

Click or call and get 100% of my attention and effort.

He earned the right to talk blue after Australia beat the Sri Lankan spinners on their home turf.

Usman spent years backing himself and persisting with his batting plans despite them not working out immediately.

There’s a bit of bull crap in Real Estate – if you hadn’t noticed.

Dancing down the wicket for my sellers.
Some stumpings. More boundaries.

I’m keener and leaner than ever.

Click or call and let me sell your storey. 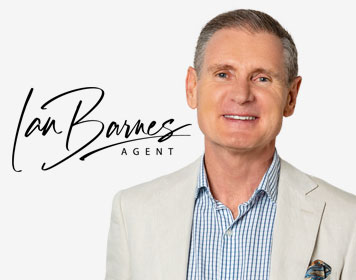 What’s my property worth?