When is the market at bottom? It is almost impossible to know for sure… There are some tell tale indicators to give clues.

It is important to get things in perspective though, and remember property is a medium to long term hold. (7-10 years plus).

As investors start to see alternatives to the extremely volatile stock market of late, property does provide many advantages to the investor and owner occupier alike, as you can see it and generally it does fluctuate to a lesser extent than the stock market, and offers benefits such as some tax advantages;

In addition to that you can add value to it, and live in it.

1) Rental shortage– Rents rising and a shortage of good rentals. This makes it attractive for investors again.

2) Low unemployment– Whilst the workforce is stable this underpins a strong economy. 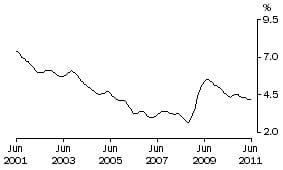 4) Population growth – Some predict the WA population could double by 2050.

A new report predicts Perth’s population will double by 2050, with an influx of migrants from both interstate and overseas. The State of the Cities report provides a snapshot of the 17 largest cities in the country with the aim of improving the liveability, sustainability and productivity of each one. It says Perth’s population is tipped to rise from 1.6 million to 3.4 million by 2056 with Wanneroo, Swan and Rockingham the fastest growing areas in Western Australia.”
Source: ABC News. http://www.abc.net.au/news/2010-03-05/perth-population-to-double-by-2056-report/352166

Perth is growing faster than most capital cities, with Queensland, so the future looks bright from a demand perspective. Well located properties close to schools, shopping, work and transport should perform very well. There is a fundamental shortage of housing, and as building approvals are down, there must be an eventual backlash in the form of price catch up.

5) Cost to build or develop is marginal as to whether it is viable for developers. Established homes selling below the cost to build/ replace. – That is the case now. Many established homes are selling for not much above land value. Often 20 year old homes have been depreciated down to zero by the buyers (It used to be 2.5% per annum or 40 years), and we often see near new home selling below what it would cost to;

a. Buy the land and pay stamp duty
b. Hold the land for the construction time
c. Build the home
d. Finish the home

Often we see no holding costs or finishing costs so the value is very high right now.

6) Low interest rates– Still low on historical standards. One of the big four banks is offering as at today 6.99% for 1 year (on their website). The average for the past 50 years is around 9%. Some analysts are predicting the Reserve may put interest rates down in response to what some think was too fierce and adjustment up in the first place. The very minimum appears a climate of relative stability for interest rates and low overall compared to historical averages. Many of us remember 18% plus rates.

SUMMARY: Value is high, if you want to buy/ move, it would appear that the future looks bright and property is a solid medium to long term buy. Jump in now!